Hal The Dog, Found Tied To Tree Looking Like ‘Skeleton’ In Southwest Philly, On Road To Recovery - Deep Sea Artifacts Main Line Animal Rescue said a concerned citizen stumbled upon the dog tied to a tree over Easter weekend. “Every bone in his body was visible to the point where he looked like a skeleton,” the Chester Springs, Pa. shelter said on its Facebook page. The Pennsylvania SPCA worked around the clock to care for the pit bull mix dog before being taken to Main Line Animal Rescue.

Hal weighed only 43 pounds when he was found, but Main Line Animal Rescue told Action News Tuesday night that the dog has already gained 10 more. Rescuers believe Hal is about three or four years and said he is very sweet and loving. 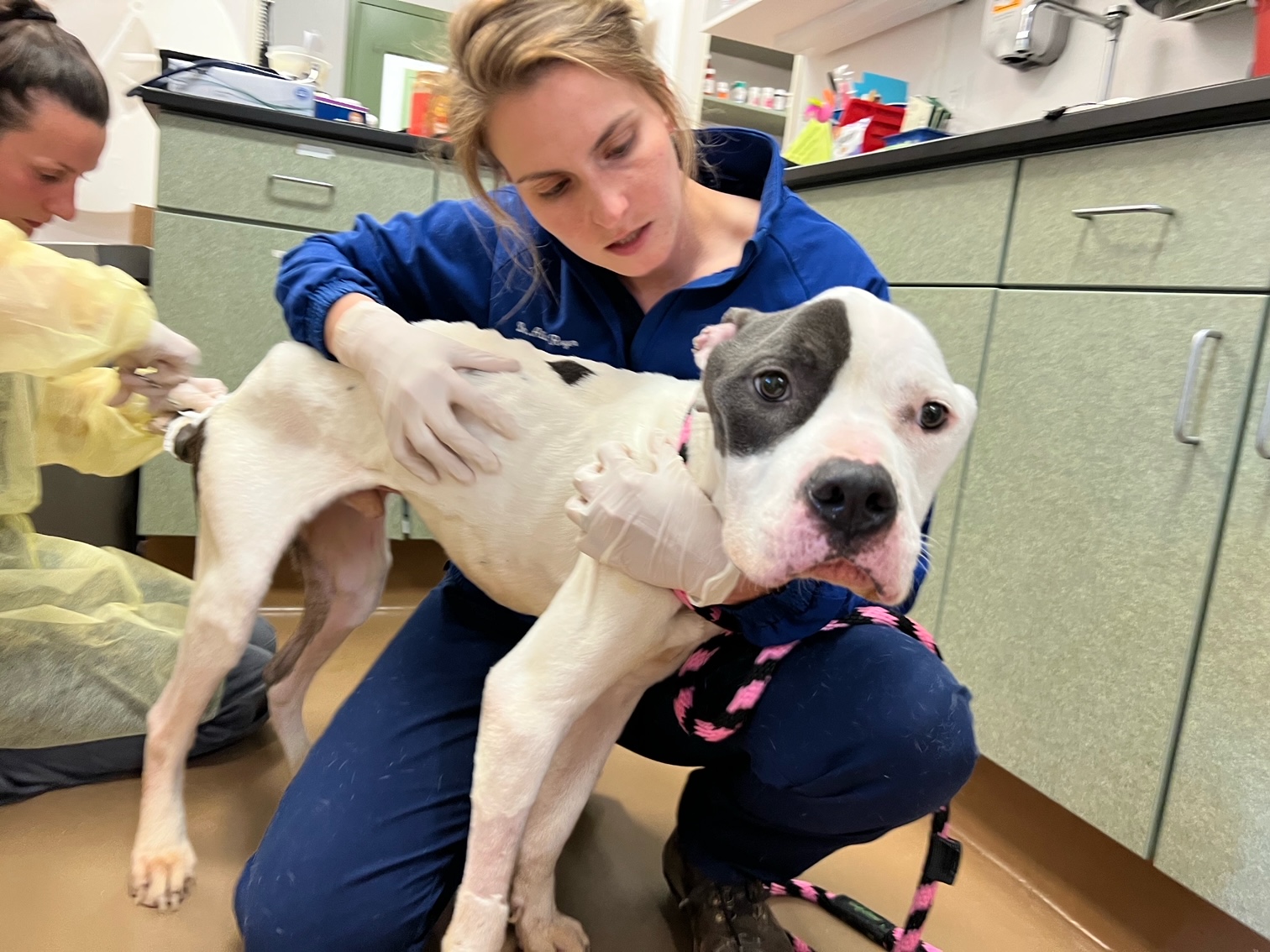 “What’s remarkable about Hal is that he seems to not be shy around people or sad about his state.” Nichola Redmond, the site director at Main Line Animal Rescue said. “He’s just happy to be around all the people here. So, I think he knows he’s getting good care and he’s grateful.”

And yet, he was somehow so excited to see everyone, says Alicia Royer, DVM, a veterinarian at Main Line. He was trying to wag his injured tail and give out kisses. So it’s no wonder Hal was adopted as soon as he was eligible this past weekend.

“He’s the type of dog you can’t not love,” Royer tells Daily Paws. The goofy boy likes playing with toys and enjoys meeting other dogs, so much so that he would do little hops with his front feet when he saw other pups. Toward the end of his stay, the staff discovered he likes playing with water in a baby pool.

Hal—originally short for Hallelujah—had reached a much-healthier 76 pounds by the start of June and was soon ready for adoption, Royer says. His new owner had kept track of his story since his arrival at Main Line and told the rescue she wanted to adopt the big-headed love bug as soon as he was healthy.

After meeting his new family, he was ready for his new home—with a big smile on his face.