She was left for dead and thrown away in a garbage bag, but now this adorable golden retriever mix is getting another chance at life – 6,000 miles away from where she almost lost it.

Chi Chi was found outside a dog meat farm in South Korea, where she had been strung up by her paws and stuffed with food to prepare her for slaughter.

The bindings ate away at her flesh and soon it was only bone that Chi Chi was hanging from. The farmers deemed her meat unworthy and she was disposed of, all four paws rendered useless.

But that wasn’t the end for Chi Chi. She was found by animal welfare group Nabiya Irion Hope Project, and her story began to spread.

Chi Chi underwent a quadruple amputation, and amazed everyone when she was trying to walk just days later.

‘We weren’t even sure she was going to live,’ Shannon Keith, the president of Animal Rescue, Media & Education (ARME), told The Dodo.

‘She was smiling and wagging her tail. Then, a couple days later, she even started walking on her little stumps.’

As she underwent rehabilitation and began learning how to use prosthetic paws in Seoul, a loving family from Phoenix was following Chi Chi’s journey to recovery online.

Although they originally only planned to donate money, the Howells soon realized they wanted to be Chi Chi’s forever home.

‘I think ultimately, as we progressed with her story, we just felt a connection with her,’ Richard Howell told the Associated Press. 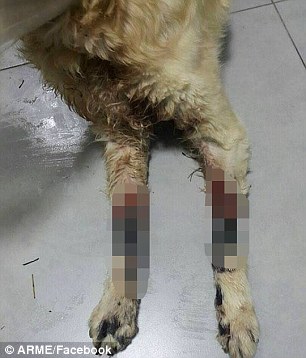 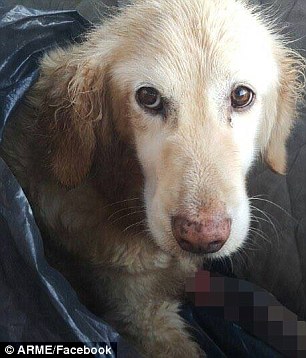 ‘Chi Chi is different. She might actually change the world.’

ARME flew Chi Chi to Los Angeles, where she was greeted by Keith. The pair then drove her to Phoenix, where the Howells were waiting for the newest addition to their family.

They were immediately taken by the joyful and fiery dog, who got the chance to sniff grass for the first time in her life in the Howells front yard.

‘She has a will to live,’ Megan Howell, the family’s daughter, told CBS 5 AZ. ‘She just loves people and she’s just so happy despite what happened to her in the past.’

Chi Chi is now spending her days walking and running around that backyard as she awaits her new prosthetic limbs, and surprising everyone with how little her past holds her back.

‘I was sitting on a ledge, and she jumped up on it,’ Keith told The Dodo. ‘I was like, “What! This dog is amazing!’ 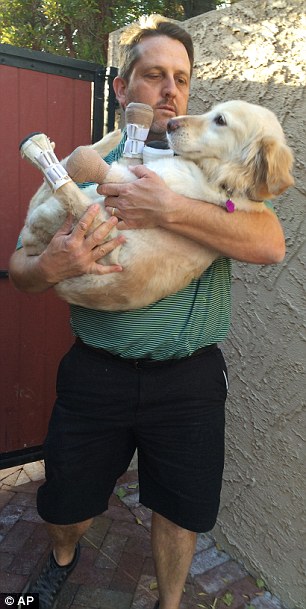 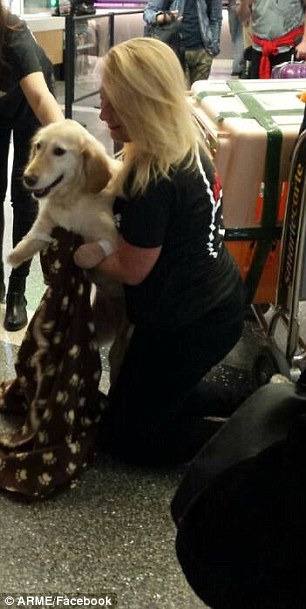 The Howells, who have two other rescue dogs, are hoping to make Chi Chi a therapy dog once she completes her rehabilitation.

They plan to take her to hospitals to visit soldiers and children who also had to undergo amputations.

‘We want to use her story to make the lives of humans better,’ Richard Howell told the Associated Press.

‘I think if we do that, we’re doing something positive in the world.’

Meat farmers scare dogs because they believe the fear makes them taste better, but Chi Chi’s past life has proven to those around her the power of forgiveness – and resilience.

‘She loves people and she loves being around people despite what she’s been through,’ Elizabeth Howell said. ‘She’s happy, she’s loving, and we’re just so excited to have her be a part of our family.’

‘She has an amazing will to live.’