As A Mysterious Skeleton Is Washed Up On A British Beach… Do Sea Monsters Really Exist?

For centuries they’ve been a part of maritime legend, inspiring curiosity and terror in equal measure. Lurking in the depths of the oceans, shocking in size and appearance, gigantic serpents and prehistoric monsters are as much a source of fascination as ever, especially in Hollywood.

In the past two or three years alone, attacks by huge undersea beasts have provided the centrepiece battles at the ends of blockbusters such as Pirates Of The Caribbean, Clash Of The Titans and The Voyage Of The Dawn Treader.

But are such tales of strange sea beasts more than mythology? Is there any evidence to suggest that some of these monsters of the watery deep – from Jules Verne’s giant squid in Twenty Thousand Leagues Under The Sea to the legendary Kraken, a leviathan sending sailors to their doom – might actually exist?

Certainly, the study of the possible existence of sea monsters and other creatures of legend – known as cryptozoology – remains an area that captures the imagination of scientists and laymen alike.

Last week I took part in a major debate at the Zoological Society in London at which I and my colleagues wondered whether there might be more to these stories than mere myth.

Only this week, photographs emerged of the large carcass of an unidentified sea creature washed up on the beach near Aberdeen. It is the subject of fevered speculation, with some claiming it is a sea monster and others (more sensibly) saying it’s a plain old pilot whale.

Further fuelling the popular enthusiasm for sea monster lore, on Tuesday night the Discovery Channel screened footage, filmed by Alaskan fishermen, of what appeared to be an immense sea creature — at least 30ft long — with humps on its back, breaking the surface of the ocean.

What may simply be an example of a whale and its wake has been imaginatively recast by viewers as the Alaskan Nessie. 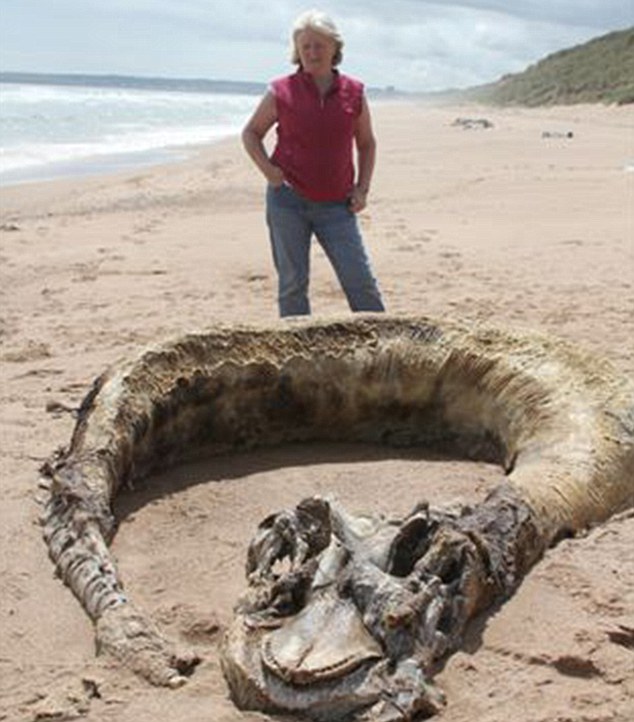 Given that previously unknown large marine animals continue to be discovered, the idea is far from outlandish. It’s perfectly plausible that species of shark, rays and whale still wait to be identified. Indeed, according to some estimates, there could be as many as 50 species of large sea‑going animals awaiting discovery.

Despite advances in sonar equipment, remotely operated cameras and deep-sea submersibles, only a fraction of the vast oceans that cover so much of the Earth have been examined.

It was only in 1976, for instance, that the incredible Megamouth shark was discovered. And it was found entirely by chance when one became entangled with the anchor of a U.S. navy ship off the coast of Hawaii.

An unusual-looking, deep-water creature with a large, rubbery head and enormous mouth that can open 4ft wide, the Megamouth is unlike any other shark previously seen. To this day, sightings remain extremely rare. 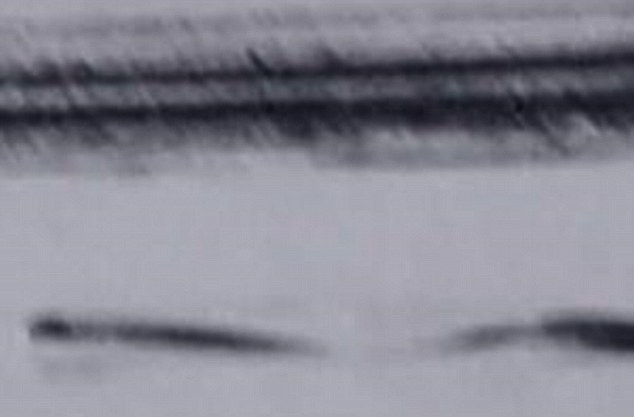 Equally rare is Omura’s whale, named after a biologist from Tokyo. This creature, around 33ft in length, was first caught by a Japanese research vessel in the Pacific in the late Seventies — yet hardly any specimens have been caught or filmed since.

So we can be extremely confident new species will keep on being found as we continue to explore our planet.

What we don’t know is whether any of these species might match those creatures mentioned in the fantastical tales passed down to us through history or in more recent eyewitness accounts of sea monsters.

The Roman writer Pliny gives an account of a giant octopus in his natural history books, while sea dragons began to feature on the edges of medieval maps in the 13th century to demarcate the edge of charted waters.

By the time of the Renaissance, tales of strange creatures sighted on the horizon or washed up on shore were increasingly common.

On his return journey from Newfoundland in 1583, Sir Humphrey Gilbert, an adventurer and half-brother of Sir Walter Raleigh, claimed to have encountered a strange, lion-like sea monster with glaring eyes.

By the 18th century, the reports had become more elaborate. 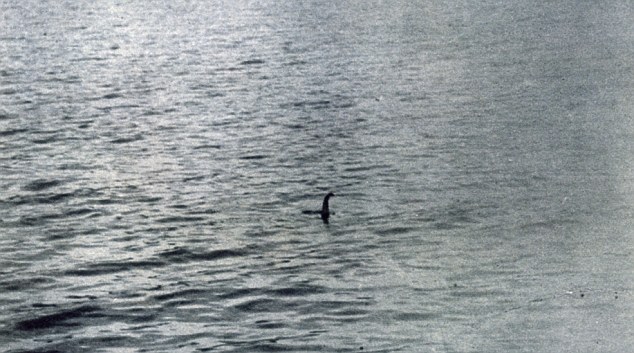 Hans Egede, a missionary from Denmark, reported a sighting of ‘a most terrible creature’ off the coast of Greenland in 1734. He recorded that ‘the monster lifted its head so high that it seemed to be higher than the crow’s nest on the main mast. It was longer than the whole ship’.

Could at least some of these accounts refer to encounters with real animals?

Research on the reliability of eye-witnesses shows that there are many reasons to be cautious about claimed monster sightings. People’s memories are typically untrustworthy in recalling distances and sizes, especially in the huge, empty expanse of the ocean.

So what might appear to be a strange creature could just be a wave or a trick of the light, or perhaps just the fanciful vision of sailors stranded for too long in becalmed waters.

Over the years, many accounts of sea monsters have talked of large, slithering marine serpents, apparently utterly different to anything recognised by science.

Egede’s account of 1734 is one of the classics. But it is possible that what people actually saw were nothing more than the penises of courting male whales, for such organs can be more than 10ft long.

In the same vein, others have spoken of seeing bizarre, dinosaur-like creatures with long necks, deep, staring eyes and whiskers round their mouths. Perhaps these are descriptions of elephant seals, which can reach 16ft in length, have a distinctive proboscis overhanging their jaw (rather like an elephant’s trunk), can move rapidly through water and emit a loud roar which could strike fear into an onlooker.

One common notion about sea monsters is that, if they exist, then perhaps they could be modern-day descendents of plesiosaurs, the marine reptiles that ruled the seas during the age of the dinosaurs.

After all, the sightings often super-ficially seem to match some of the characteristics — such as a long neck or giant flippers — of these long extinct creatures of the Jurassic and Cretaceous periods.

The belief that the oceans might contain descendants from the dinosaur age is known as the ‘prehistoric survivor paradigm’.

But there are two central problems with this idea. First of all, what we know of plesiosaur fossils shows that the living animals did not really match the modern sea monsters described by eyewitnesses.

While the modern-day sea monsters are described as raising their necks high out of the water and even waving them around, plesiosaur necks were far less flexible.

In fact, it seems plesiosaurs were simply unable to raise their massively long necks above the water’s surface. If you have ever tried to lift a heavy pole out of the water from one end, you will know how gravity makes such a task impossible.

The second main problem with the prehistoric survivor idea is that there are absolutely no fossilised plesiosaurs from rock younger than 65 million years old. If some plesiosaurs had survived into our present age, we would expect a continuous fossil record.

Ah, say those who want to believe these marine giants are still with us, what about the coelacanth — the 5ft fish that was thought to have become extinct at the same time as the plesiosaurs, but in the Thirties was discovered to be living in the seas off southern Africa?

There were, it is said, no coelacanth fossils younger than 65 million years old, yet it obviously survived down the millennia.

However, the bones of plesiosaurs are extremely large and tough, which means not only that they remain intact but they are also easy to recognise and classify.

It is a completely different story with the coelacanths, whose bones are much more fragile, small and vulnerable, so traces are far harder to find.

Whatever your view — and experts remain divided — it seems that the best biological evidence suggests we are unlikely to discover a terrifying new monster lurking in the depths. But that’s not to say it won’t happen.