The Rotting Remains Of A Mysterious 20-foot Long Sea Creature Are Found Washed Up On An Idyllic Namibian Beach, Leaving Scientists Baffled

Pic from NAMIBIAN DOLPHIN PROJECT/Caters News - (Pictured: Mystery Creature remains on beach, Dorob National Park, Namibia.) - The rotting remains of a mystery creature that washed ashore on an African beach have left scientists baffled. Stunned researchers stumbled upon the 19ft 6in (6m) beaked carcass last week on the idyllic coastline of Dorob National Park, Namibia. The strange sea animal appears to resemble both a whale and a dolphin, but its advanced state of decomposition made it difficult to identify. SEE CATERS COPY

The rotting remains of a mysterious creature that washed ashore on an African beach has left scientists baffled.

The strange sea animal appeared to resemble both a whale and a dolphin, but its advanced state of decomposition made it difficult to identify.

Scientists initially said they had ‘had no idea’ what it was, however, now believe the animal could be a Cuvier’s beaked whale.

If that is the case, this marks only the second time one of the animals has been found in Namibia since 2000. 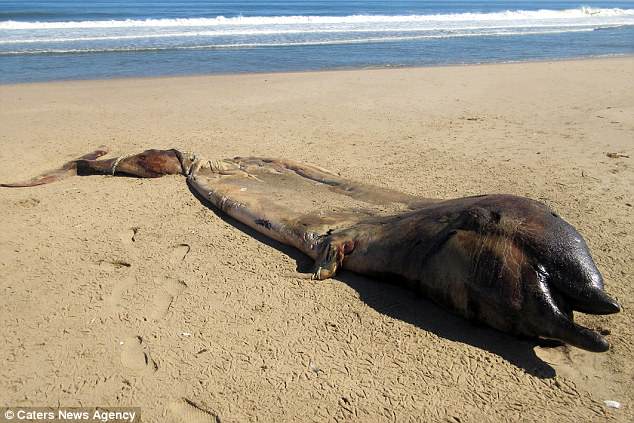 Namibian Dolphin Project (NDP) researcher Dr Simon Elwen said: ‘On first sighting we had no idea what species it was.

‘The body of this animal was in an advanced state of decomposition – making it look rather un-whale like and there were several confused reports on social media.

‘However, based on the shape of the head and snout and the overall size – research team are fairly confident that the specimen is a Cuvier’s beaked whale’, he added.

Cuvier’s beaked whales have bodies shaped like torpedos, foreheads that slope into short beaks and curved mouths with a vaguely ‘smiling’ appearance.

They inhabit deep-water regions from the tropics to cool temperate waters.

Dr Elwen said it was not possible to identify the cause of death as it was too decomposed and its head was severely crushed. 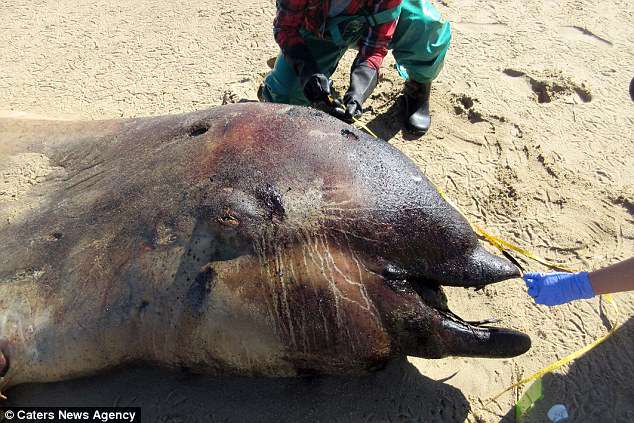 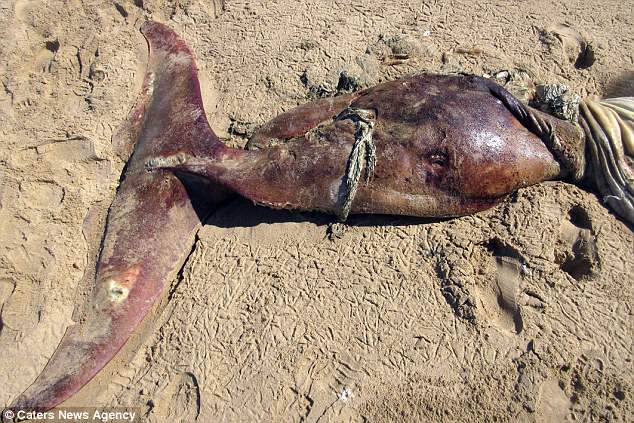 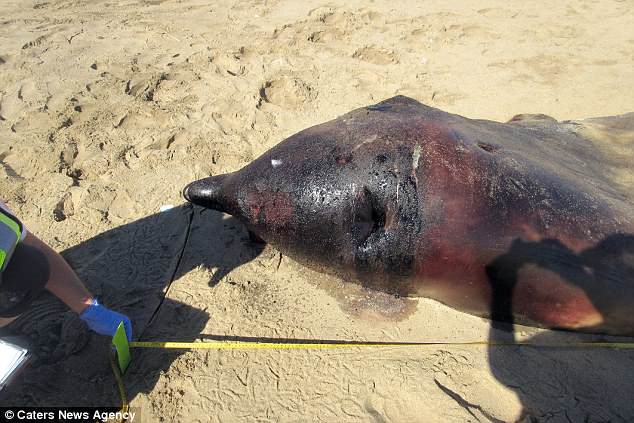