Arctic ribbon seals are named because of the dazzling white fur that adorns their necks and flippers. These elegant pinnipeds, unlike many of their southern relatives, shun dry ground and are rarely seen by people. Nonetheless, one of them just appeared in Washington state, the second sighting in five years. 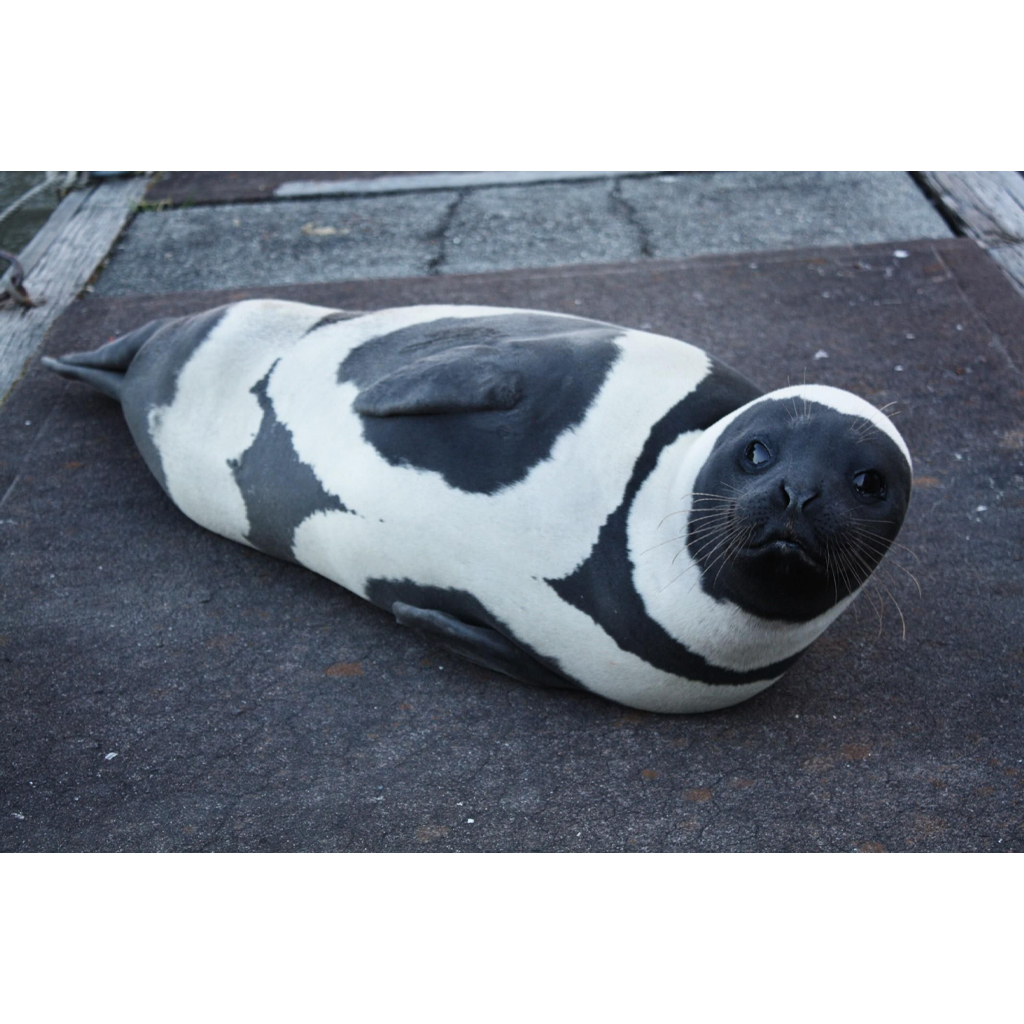 NOAA Fisheries Service biologists discovered the animal early last week as it hauled out on Long Beach Peninsula, an arm of land on Washington’s Pacific coast. Ribbon seals (Histriophoca fascia) are known to live in frigid waters from the Bering Sea north to the Chukchi and eastern Siberian seas of the Arctic, so what was this animal doing hundreds of miles away? 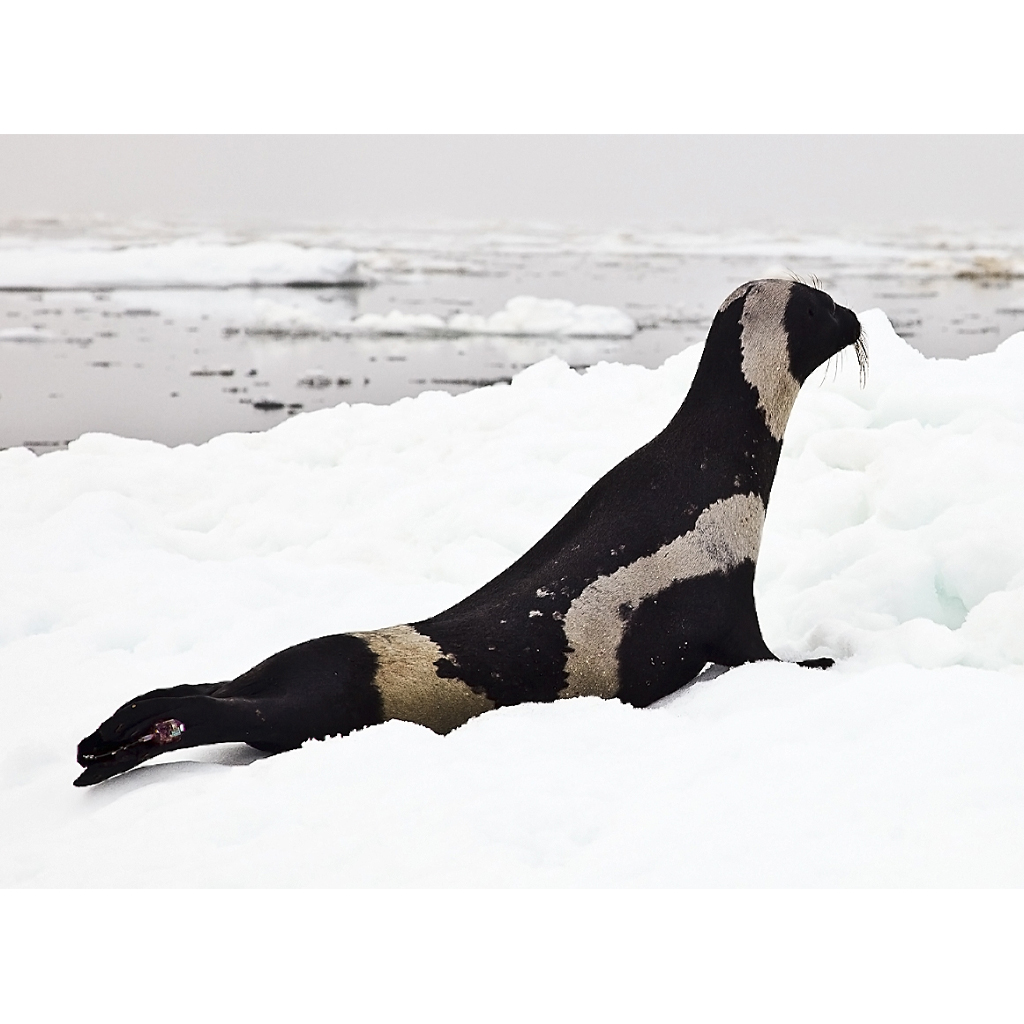 Some suspect that the seal is the same guy who appeared in both Washington and Canada in 2012, a male known as “B310” (a sub-adult at the time). Because every ribbon seal has the same banded coloration, obtaining an ID match from a single image is difficult. The exact size and position of the marks vary amongst seals, but a thorough examination will be required to prove B310’s “second arrival.” 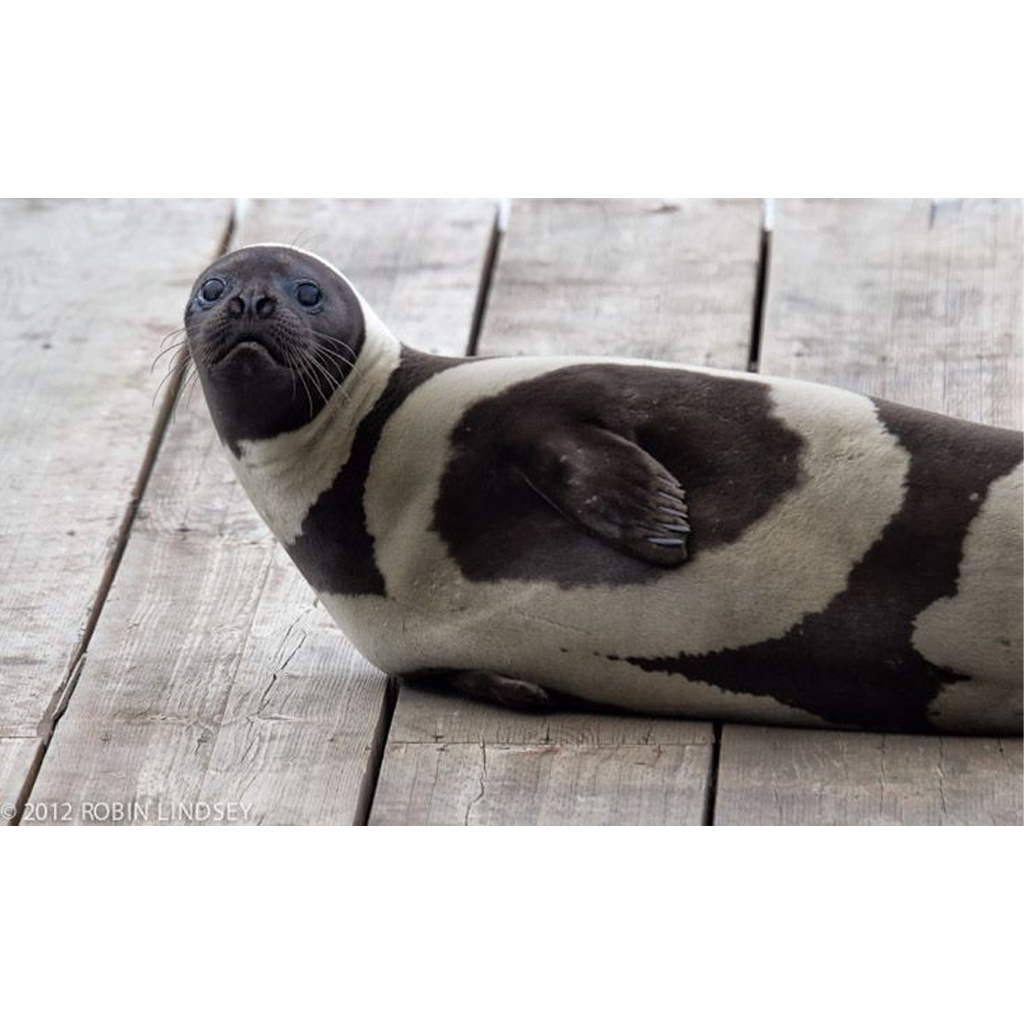 We can be positive that both sightings were of male seals since females have brown-and-white banded coats. We may also conclude that this seal was reaching adulthood based on its size and the sharpness of its bands. That’s because baby ribbon seals look almost nothing like their parents. 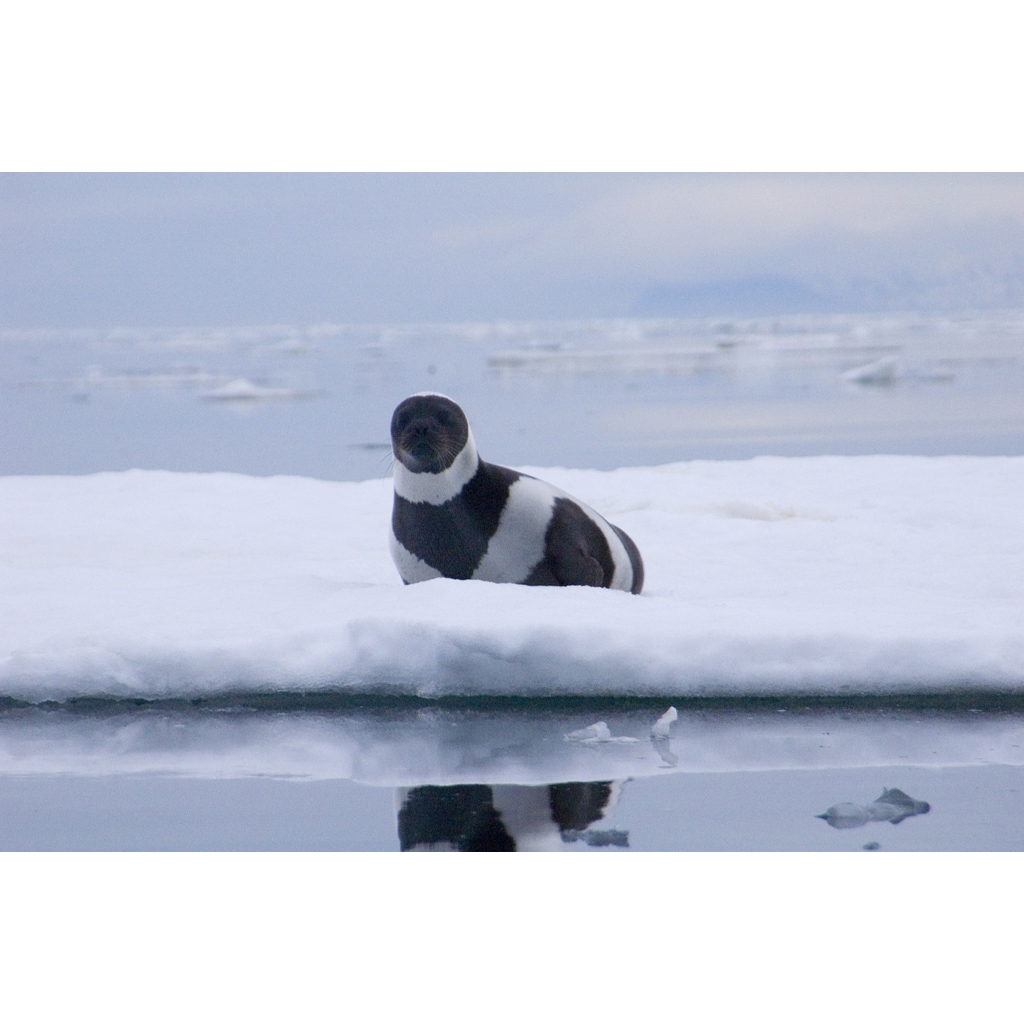 High-contrast coloration is supposed to help break up the shape of a ribbon seal against the bulbous icebergs that grow in Arctic seas. However, for the puppies that spend their first months above the ice, a plain coat is essential for concealment. The fluffy, white babies (aptly characterized as “soft, velvety clouds of unbounded delight and fat”) don’t get their trademark marks until they’re approximately five weeks old. The ribbon seal on Long Beach Peninsula seemed healthy, according to the NOAA Fisheries team, and returned to the ocean immediately after the photo was shot. Anyone who sees the animal in the following weeks is advised to contact authorities. 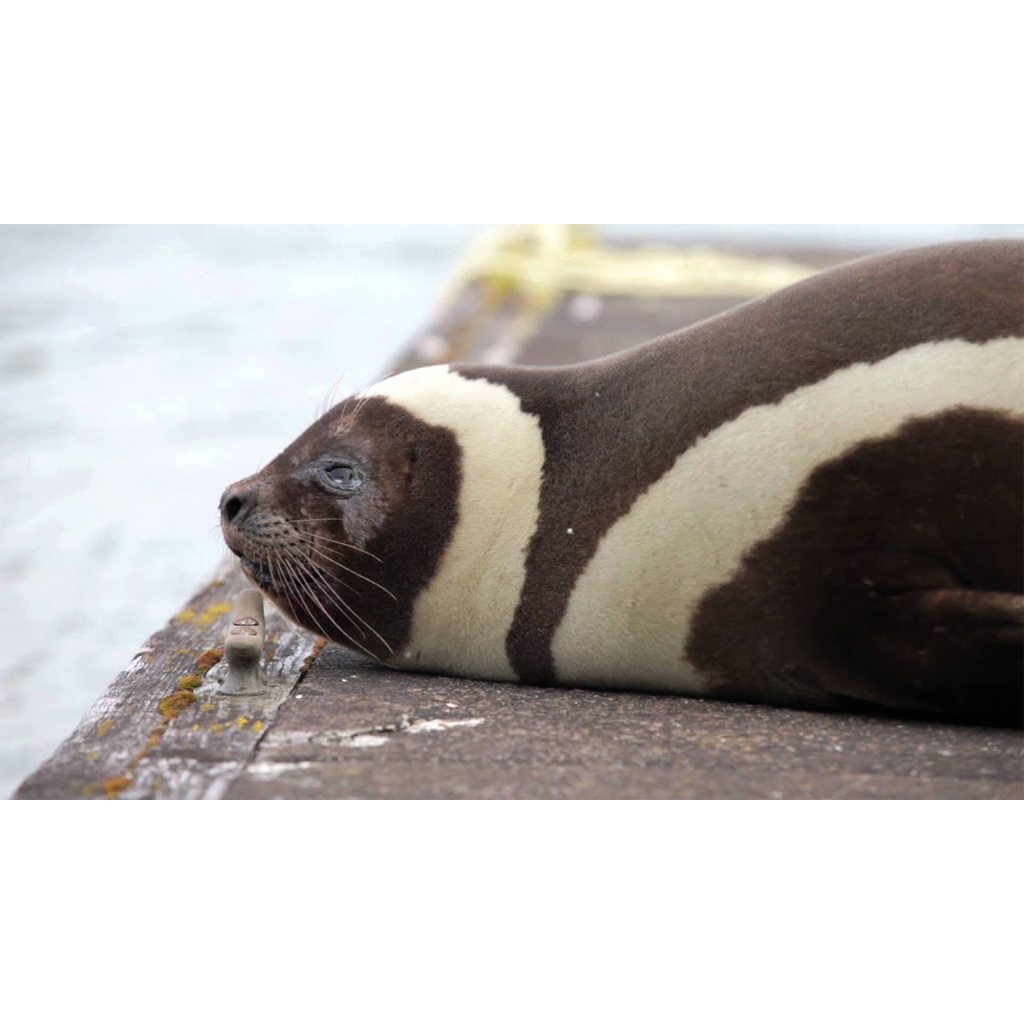 Ribbon seals are rather unwary when hauled out, which undoubtedly contributed to their loss in the 1960s when unrestricted hunting for their fur, fat, and oil caused a 30,000-animal decrease in the Bering Sea alone.

With increased regulations, widespread hunting has come to an end, and it is believed that between 200,000 and 250,000 ribbon seals currently sail the world’s waters. However, the NOAA Marine Mammal Laboratory (MML) warns that these figures are from 1970s surveys. The MML team is presently doing research to improve population estimates and learn more about how seals use their valuable sea-ice habitat. Unfortunately, some of their results were troubling. 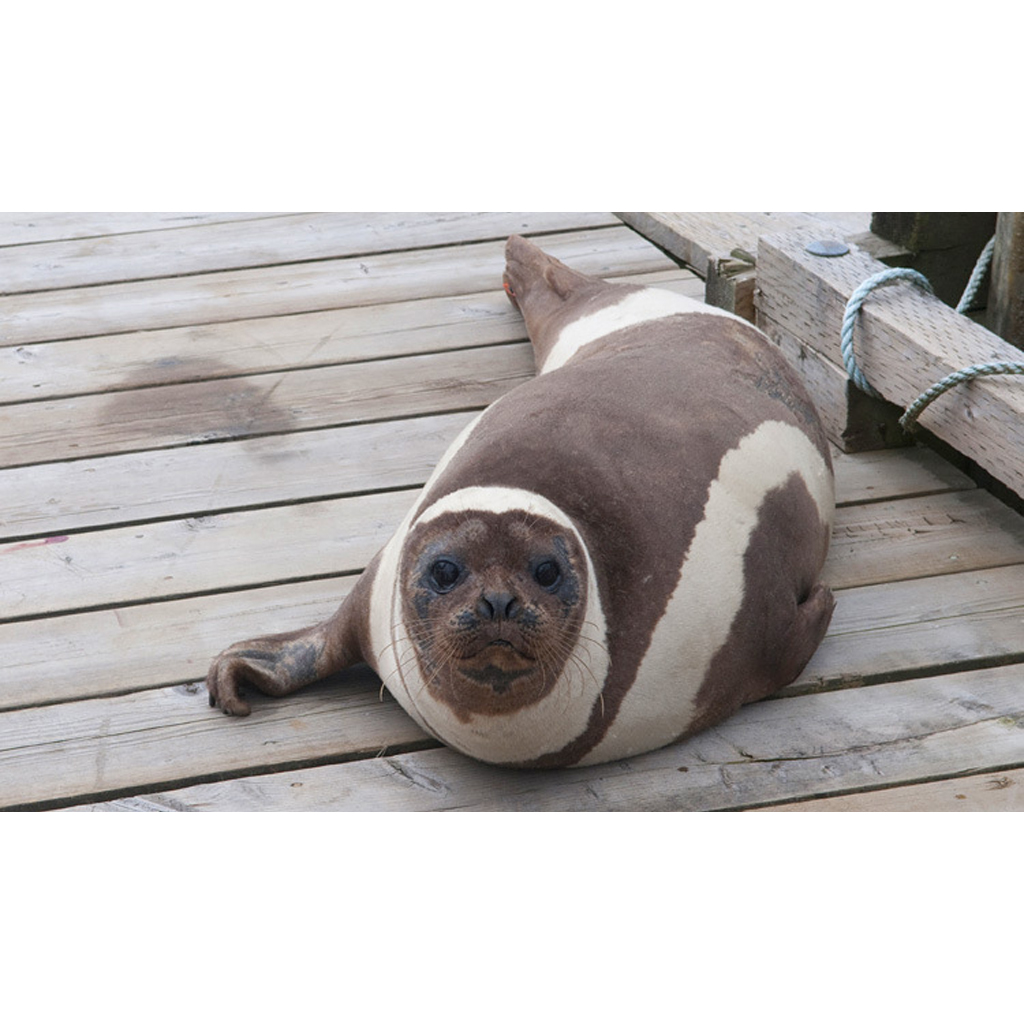 Seven of the 10 ribbon seals sampled and tagged on a study voyage earlier this year had patchy baldness, with one male having lesions and pustules. The signs are identical to those seen in ringed seals a few years ago, when an unexplained outbreak k.i.lled a large number of animals, confounding specialists. 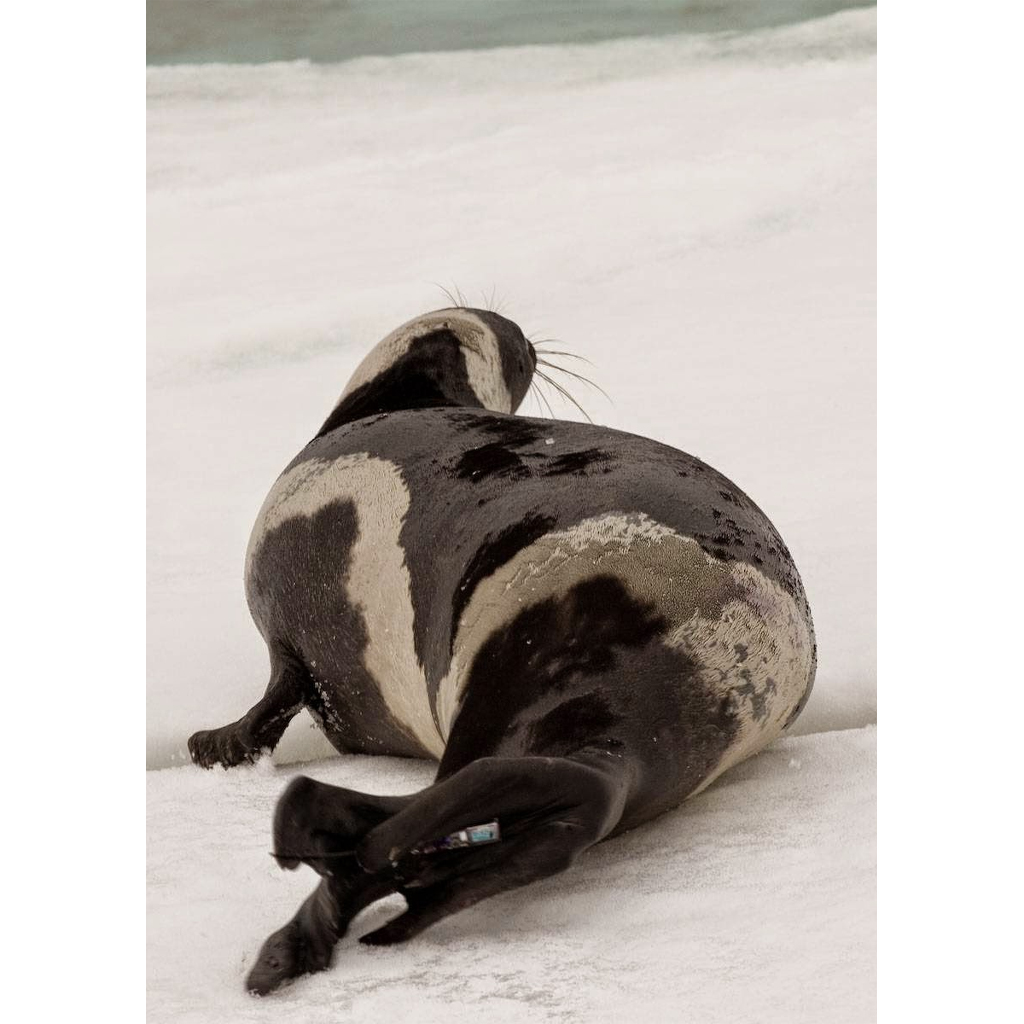 The spate of seal fatalities was labeled an “unusual m.or.tality event,” and while a few cases have been documented more recently, research to discover the origin of the sickness is still ongoing. The good news is that the baldness does not appear to be significantly impeding the ribbon sealing. They might have been affected during the original outbreak and are still healing. 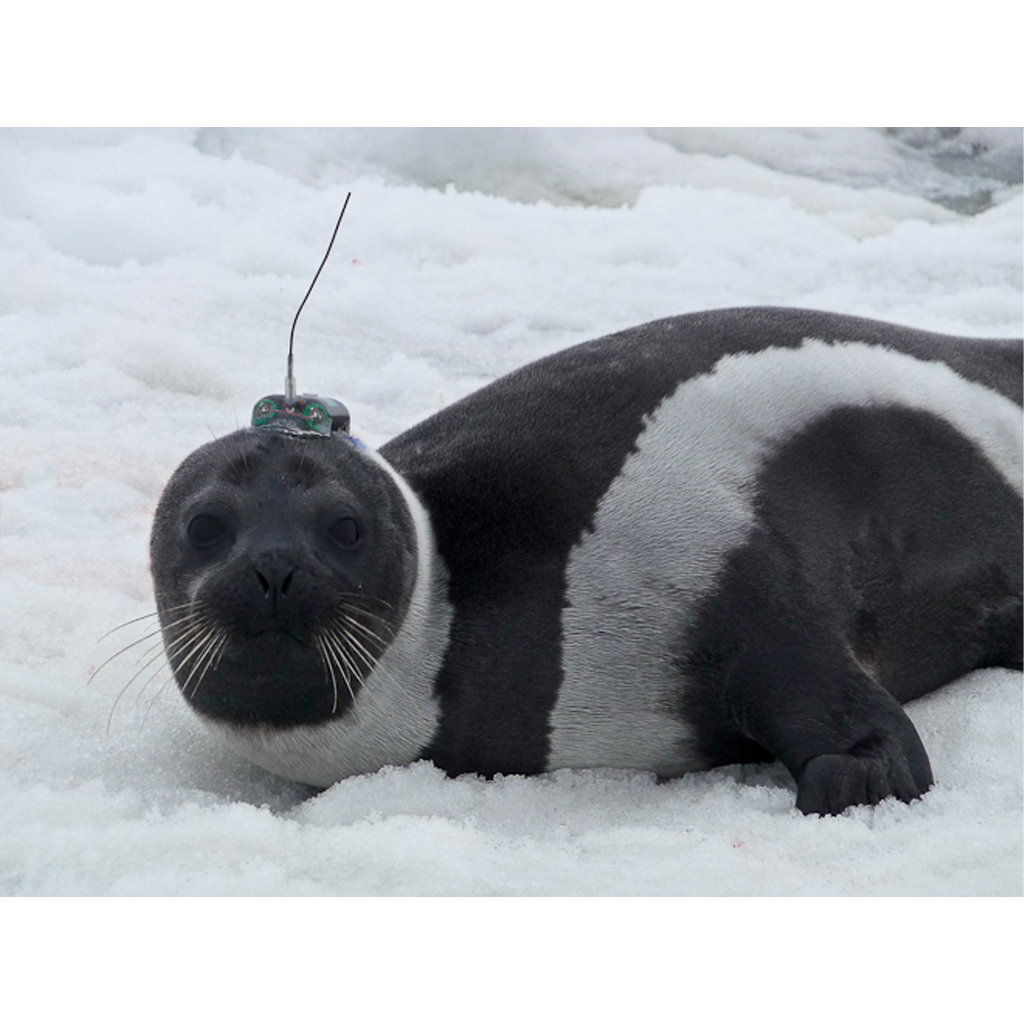 Since 2005, NOAA Fisheries researchers have been following ribbon seals with satellite tags that make your regular pinniped appear like a robo-seal. The objective is to learn more about their seasonal migrations, feeding habits, and haul-out places. We may know a little more about Washington’s latest guest if he had been wearing one.